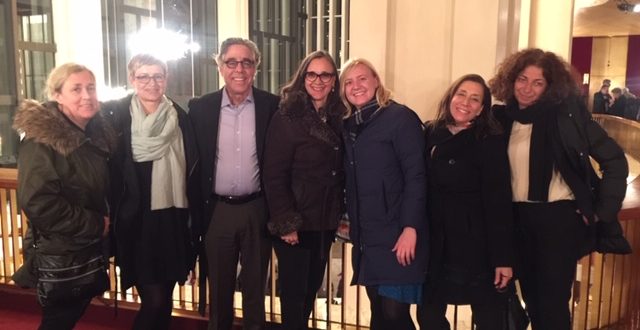 This season, the return of Wagner’s Ring cycle to the Metropolitan Opera provided the chance for alumni to experience one of the most well-known works of this classic yet controversial German composer. Friends of Freiburg celebrated two spring outings to the opera last month to soak in the spectacle. 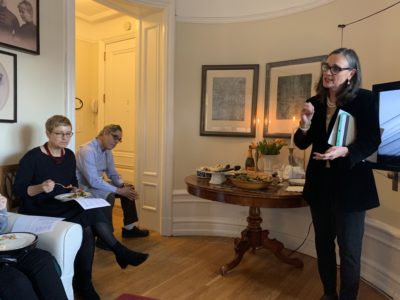 Alumna Sarah Stephens, Friends of Freiburg’s resident opera expert, offered insight into the performances, plot, and history of the composer himself. Before the March 14th performance of Das Rhinegold –the first installment in the cycle — she graciously welcomed alumni and guests into her apartment for a light dinner and an opera talk. Stephens walked guests through the story of Das Rhinegold, noting which recurring musical motifs were important to listen for, and which characters to keep our eyes on, while also explaining how Wagnerian opera stood out from its contemporaries.

“Wagner incorporated rich music into his operas, even when it didn’t include dialogue, to set the mood for a scene. It’s really the original musical score! When I listen to the great movie-score composers of our time, like John Williams or Hans Zimmerman, I can hear all they have borrowed from Wagner!”

Stephens also spoke about Wagner’s life and intense personality, as well as the composer’s darker side and associations, including his staunch anti-Semitism. By the end of the talk, even those whose first time it was experiencing Wagner walked away with a fleshed-out picture of the composer and his works.

After a delightful dinner, capped off with cake and prosecco, it was off to the opera! Throughout the two-hour performance of Das Rhinegold, we witnessed fantastic and unforgettable scenes, such as the Rhinemaidens suspended halfway in midair among a see of bubbles and shimmering gold which they praised. We held our breath as Wotan, the king of the gods, and Loge, the trickster, descended into the realm of the Niebelungen to steal the gold from Alberich, suspended above the grandiose, spinning set. And we witnessed the spectacular ascension of the gods into their shining fortress of Valhalla across the gleaming rainbow bridge. 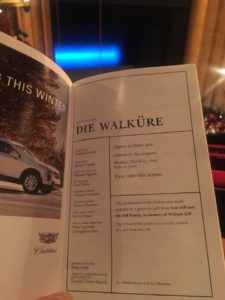 A week later, alumni gathered for the second part of the cycle: Die Walküre. The evening commenced with a lovely dinner at Cafe Fiorellos, where Stephens again treated us to a few quick pointers about what to look for in the upcoming performance. This time, it was key to focus on the dialogue and the complicated interactions between characters, who were primarily the gods and the mortals in this second part. Then we took our seats for the glorious five hour experience of Die Walküre!

The massive, turning set continued to wow with amazing visual effects, transforming from a forest of moonlit trees to the flying steeds of the Walküre — the bold daughters of Wotan who collect the souls of brave heroes who have died in battle. Along the way, we witnessed passionate, illicit love affairs, marital feuds, fits of heavenly rage, and bold acts of defiance. The opera ends with Wotan placing his disgraced Walküre daughter Brünnhilde into an enchanted sleep after she pleads that he ensure only a brave and worthy warrior will be able to reach her, setting the stage for the next show…

If you want to find out what happens next, you will have to follow the final two installments of the Ring cycle yourself — but stay tuned for our fall visits to the opera! To those of you who joined us this time, it was a pleasure, and we look forward to seeing you again! 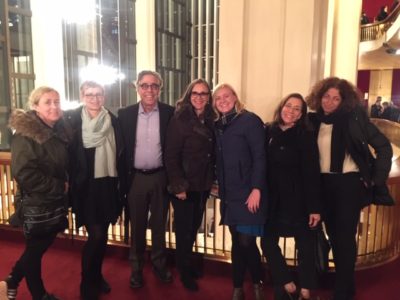