Academic collaboration and alumni connections were front and center in Austin as two important dimensions of German-American friendship.

On February 7, the University of Freiburg, in conjunction with the liaison offices of other German universities, hosted an alumni reception and lecture at the University of Texas in Austin. The event, which is part of the “Deutschland Ambassador Initiative,” was the first of several that will take place throughout 2019 as part of the German Foreign Office’s “Year of German-American Friendship” (also known as “Wunderbar Together).

The afternoon began with an exciting talk on dinosaurs, led by Prof. Julia A. Clarke of the University of Texas. Dr. Clarke’s research has taken her both throughout the U.S. and to Germany, and her experiences demonstrated how the transatlantic partnership plays an important role in advancing scientific research. In her discussion on “Dinosaurs: Ancient Fossils, New Discoveries,” she highlighted new discoveries in the field of paleontology and their implications. Specifically, Prof. Clarke touched on how new imaging techniques are changing what parts of dinosaur biology we can study and the questions we ask about them. She also explained how her research at Berlin’s Museum für Naturkunde, enabled her to spend her summers collaborating and working with their key animal sound archive and bird collections, and how this research has impacted the study of sounds and colors in research on dinosaurs.

Afterwards, stakeholders and alumni were invited to gather for a networking reception. Members of the German consulate in Houston, including Consul General Thomas H. Meister, were present. Through this experience alumni from multiple German universities were able to connect with each other, and German and American academics had the opportunity to open the door for further collaboration. As part of the Deutschlandjahr Year of German-American Friendship, this event offered a glimpse into how German-American partnership has furthered research in the past while setting the stage for future collaboration.

The next day, guests were invited to tour the Ransom Center at the University of Texas with representatives from the liaison offices. The Ransom Center showcases the talents of writers, artists, photographers, and performers, so the event catered to both the creatively-minded and scientifically-minded.

A great time was had by all in Austin! Check out some of the photos below, and get ready for the next Deutschlandjahr Ambassador Initiative event in Madison, Wisconsin! 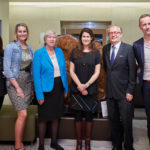 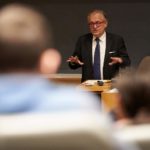 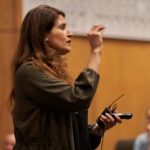 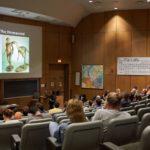 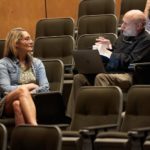 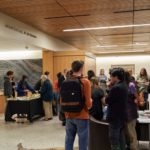 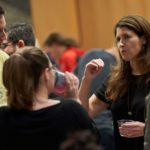 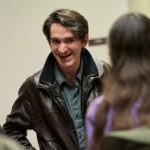 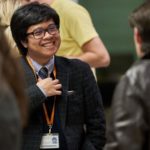 Tour of the Ransom Center