Commemoration of the 30th Anniversary of German Reunification

Thirty years after October 3, 1990, coming to grips with the memory of division and the challenges of unification continue to define Germany’s struggle with its past and future. Reflecting on that process offers lessons not only for Germans.

Discussion and question and answer to be held virtually — RSVP on Zoom by clicking here.

As we celebrate the anniversary of German unity, we think back to the strong ties between Germany and the United States on the evening of October 3, 1990. While the transatlantic relationship today faces unforeseen hurdles, the strength of the connection between Germans and Americans prevails in many ways — including through our bond with our alma mater. In that spirit of unity, we ask you to consider supporting the University College Freiburg: a four year, English-language liberal arts and sciences program at the University of Freiburg, which embodies a blend of the best American and German ideas in higher education. Contribute today by clicking here (if located in the United States. If you are based in Germany, you can give directly to the University College Freiburg here). Donations through the Friends of Freiburg University 501(c)3 are tax-deductible, and giving through a Donor-Advised Fund (DAF) is possible. 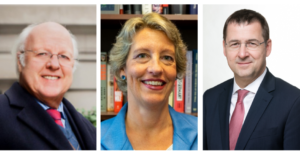 Consul General David Gill: Born in 1966, Gill grew up in a protestant minister’s family in Herrnhut, Saxony, in former East Germany. He was denied a higher education by the communist regime for political reasons. Instead, he trained and worked as a plumber before joining a preparatory protestant school and later the theological seminary of the Protestant Church in Berlin-Brandenburg. In 1990, he initially was the chairman of Normannenstrasse Citizens’ Committee which oversaw the dissolution of the Ministry of State Security at the Stasi headquarters and served as the secretary of the Special Committee for the dissolution of the Stasi of the East German Parliament. After reunification, Gill became spokesman and head of the research division of the Federal Commissioner for the Stasi-Files before studying law in Berlin and Philadelphia. After holding positions in the Federal Ministry of the Interior and at the Commissioner for Data Protection and Freedom of Information in Berlin, he served as the Deputy Representative of the Council of the Protestant Church in Germany to the Federal Republic of Germany and the European Union. During Federal President Joachim Gauck’s term from 2012-2017, he was state secretary and chief of staff of the President. Since August 2017, he has been the German Consul General in New York.

Dr. Hope M. Harrison is Professor of History and International Affairs at The George Washington University. She is the author most recently of After the Berlin Wall: Memory and the Making of the New Germany, 1989 to the Present. She has lived in Germany on multiple occasions over the past 30 years and considers Berlin a second home. Dr. Harrison has appeared as a featured expert on CNN, BBC, C-SPAN, the History Channel, Deutschlandradio, and ZDF and has published in The Washington Post, Tagesspiegel, & Frankfurter Allgemeine Zeitung.

Dr. Jackson Janes (moderator) is the President Emeritus of the American Institute for Contemporary German Studies at the Johns Hopkins University in Washington, DC, where he has been affiliated since 1989. Dr. Janes is a member of the Council on Foreign Relations, the International Institute for Strategic Studies, and the Atlantic Council of the United States. He serves on the advisory boards of the Berlin office of the American Jewish Committee , Beirat der Zeitschrift für Außen- und Sicherheitspolitik (ZfAS), the Robert Bosch Foundation Alumni Association, and the American Bundestag Intern Network (ABIN) in Washington, DC. He is a member of the Board of the German American Fulbright Commission and serves on the Selection Committee for the Bundeskanzler Fellowships for the Alexander von Humboldt Foundation. He is a member of the Cosmos Club in Washington DC. In 2005, Dr. Janes was awarded the Officer’s Cross of the Order of Merit of the Federal Republic of Germany, Germany’s highest civilian award. 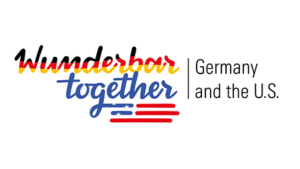