You are cordially invited to the Friends of Freiburg Fifth Annual Gala Dinner on January 16, 2020. The dinner will take place at the Princeton Club of New York, located at 15 West 43rd Street in Midtown Manhattan.

We are pleased to welcome distinguished University of Freiburg Alumni Ambassador Peter Wittig and Dr. Pinelopi Koujianou Goldberg — alongside Prof. Dr. Dr. Hans-Jochen Schiewer, Rector of the University of Freiburg, for a discussion looking ahead to the challenges and choices presented by the year 2020. The discussion will be moderated by Dr. Jackson Janes, Freiburg alumnus and president emeritus of the American Institute for Contemporary German Studies. At the dinner, Ambassador Peter Wittig will present the keynote address.

WE INVITE YOUR SUPPORT
Since 1457 the University of Freiburg has served as center of innovation and education on the edge of the Black Forest. Today, alumni of the university — including 23 Nobel laureates — continue to change the world. Friends of Freiburg University strives to foster relations between the university and its partners and supporters in North America, and tonight we invite you to invest in educating the next generation of leaders as we look forward to 2020 and beyond, in particular through our support for the University College Freiburg:

Donations are tax-deductible as Friends of Freiburg is a 501(c)3 organization.

Suggested contribution for individual tickets: $100 for alumni and friends, $45 for young professionals

We hope that you will join us for this special evening. Please RSVP by clicking this link or writing directly to Marta Millar at alumni.fr.northamerica@gmail.com or at 212-758-5731 by January 7. 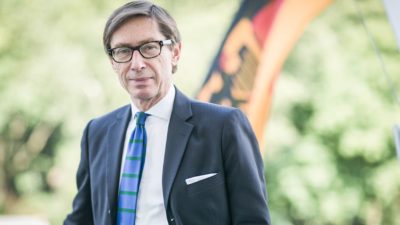 Peter Wittig has been German Ambassador to the United Kingdom since July 2018. From 2014 to 2018 he served as German Ambassador to the United States. Prior to this he was German Ambassador to the United Nations in New York. He was elected President of the UN Peacebuilding Commission and served twice as President of the UN Security Council during Germany’s term as member of the Security Council. Wittig joined the German Foreign Service in 1982. He has served at the Embassy in Madrid; at the German Mission to the United Nations in New York; as private secretary to the Foreign Minister and as Ambassador to Lebanon and to Cyprus. He was the German Government Special Envoy on the “Cyprus question” (the division of Cyprus). Prior to joining the German Foreign Office Wittig gained a PhD on a topic in modern British History for which he did extensive research at Nuffield College in Oxford. He taught History of Ideas and Political Theory at the University of Freiburg. His wife, Huberta von Voss-Wittig, is a journalist and a writer. She has recently worked as Director of Communications & Public Affairs at the New York-based Leadership organization “Seeds of Peace”. The couple have four children. 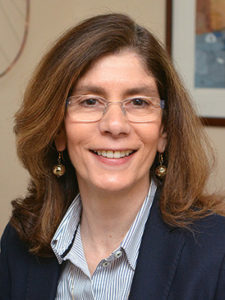 Pinelopi “Penny” Koujianou Goldberg is the Chief Economist of the World Bank Group, and the Elihu Professor of Economics at Yale University. Goldberg is President elect of the Econometric Society (for 2021) and has previously served as Vice-President of the American Economic Association. From 2011-2017 she was Editor-in-Chief of the American Economic Review. She is a member of both the National Academy of Sciences and the American Academy of Arts and Sciences, a recipient of both Guggenheim Memorial Foundation and Sloan Research Fellowships, and recipient of the Bodossaki Prize in Social Sciences. She is also a research associate at the National Bureau of Economics Research and board member of the Bureau of Research and Economic Analysis of Development (BREAD). She holds a Ph.D in Economics from Stanford University and a Diplom in Economics from the University of Freiburg, Germany. Goldberg is an applied microeconomist drawn to policy-relevant questions in trade and development. Since joining the World Bank, she has been involved in the Bank’s efforts to improve the measurement of human capital in developing countries. 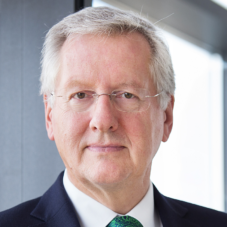 Hans-Jochen Schiewer completed his studies in German Language and Literature and History in 1983. He completed his doctorate in German Philology at the Freie University of Berlin in 1990 and habilitated in 1998. After having worked at the Free University of Berlin and at Wadham College, University of Oxford, he became full professor for Medieval German Philology in Göttingen (2001–2003) and in Freiburg (since 2003). He holds a honorary doctorate from the University of Latvia (since 2011) and from the Université de Strasbourg (since 2016). In 2012 he was appointed “Commandeur” of the French “Ordre des Palmes Académiques”. Since 2008 Hans-Jochen Schiewer has been rector of the University of Freiburg. He is active in various committees and organizations, among others he was chairman of the Landesrektorenkonferenz (conference of the university rectors of the federal state of Baden-Wuerttemberg). One focus of his work as rector is on building up the European Campus: The Universities of Basel, Freiburg, Haute-Alsace, and Strasbourg and the Karlsruhe Institute of Technology aim to take their cross-border cooperation in research and teaching to an unprecedented level. Hans-Jochen Schiewer is President of EUCOR – The European Campus since 2013. Moreover, he is chairman of German U15, the strategic interest group for research-intensive, internationally regarded German universities with top medical faculties, since 2016. 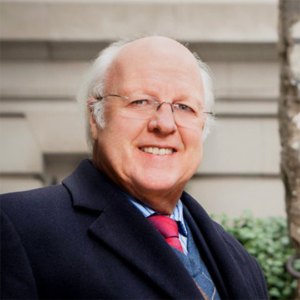 Jackson Janes is the President Emeritus of the American Institute for Contemporary German Studies at the Johns Hopkins University in Washington, DC, where he has been affiliated since 1989. Dr. Janes is a member of the Council on Foreign Relations, the International Institute for Strategic Studies, and the Atlantic Council of the United States. He serves on the advisory boards of the Berlin office of the American Jewish Committee , Beirat der Zeitschrift für Außen- und Sicherheitspolitik (ZfAS), the Robert Bosch Foundation Alumni Association, and the American Bundestag Intern Network (ABIN) in Washington, DC. He is a member of the Board of the German American Fulbright Commission and serves on the Selection Committee for the Bundeskanzler Fellowships for the Alexander von Humboldt Foundation. He is a member of the Cosmos Club in Washington DC. In 2005, Dr. Janes was awarded the Officer’s Cross of the Order of Merit of the Federal Republic of Germany, Germany’s highest civilian award.

The University of Freiburg is home to University College Freiburg, the first liberal arts and sciences program offered in Germany. UCF is situated in the historical buildings of the Alte Universität. Here, the medieval Artes Liberales were taught centuries ago as a cornerstone of university education at the time. Today, the Alte Universität is the site for exciting new explorations in higher education.

To RSVP and purchase tickets, please use this link or contact the Friends of Freiburg Program Manager, Marta Millar, directly at alumni.fr.northamerica@gmail.com. The deadline to RSVP is January 7.