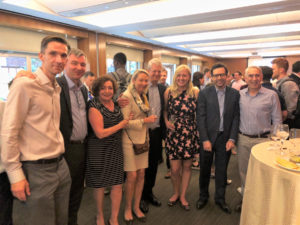 There’s a magic to summer in Freiburg — when hot days beg students to dip feet in the Baechle or swim in the Dreisam. July in particular brings one of the most exciting events of the year — the Weinfest on the Münsterplatz. For the Friends of Freiburg who were not able to be in Germany this year, however, a taste of the exciting summer atmosphere could be found in Midtown Manhattan. Despite the flash-flood warnings and intensive humidity, a number of New York area alumni gathered last night to relax and catch up midway through the summer. Club Freiburg participated in the Princeton Club’s summer “Wednesday on the Terrace” series, which invites current and potential members from all affiliated universities to gather and socialize with drinks, music, and light refreshments. The fourth-floor terrace provided a beautiful outdoor space to socialize in the city, and the inside room made a relaxing space to escape the heat. 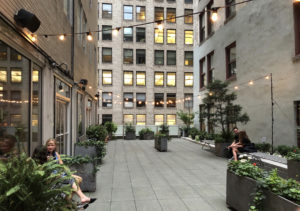 Among the Friends of Freiburg contingent, it was particularly exciting to mingle not only with German and American alumni, but former Uni-Freiburg students and friends from Brazil, Ireland, and Thailand. The conversation reflected the diversity of the attending members, and touched on everything from vacation plans to favorite Portuguese restaurants to the best herbs to grow in New York apartments. Of course, many members also chatted about their favorite memories from Freiburg, including moments such as Black Forest camping expeditions and late night strolls through the Innenstadt. Although the Badische wine was missing, it was great to enjoy a little taste of Freiburg in the summer! Thank you to all who were able to join us, and we look forward to seeing you at the Stammtisch on September 5! RSVP by clicking this link.If you are interested in becoming a member of the „Freiburg Club by joining the Princeton Club, check out this page for more information by clicking here. 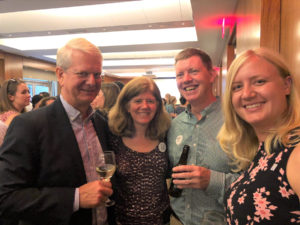 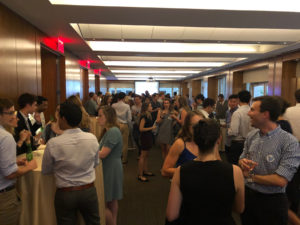